The oldest port city of Dordrecht in the Netherlands is located at the point where three rivers, the North, the Oude Maas and the Merwede, converge. The old centre of Dordrecht is located entirely on an island, surrounded by inland ports.

“The closer to Dordt the rotter it gets, but once you are in it, it will be the best for you.”

The explanation for this phrase can be found in shipping. In the 19th century, the waterways became less and less navigable due to silting as one approached Dordrecht. As a result, the skippers ran the risk of their ship crashing. What makes these ports special is a tidal difference of up to 1 meter. This is caused by the fact that Dordrecht is located on a river that is sixty kilometres away in open connection with the sea. The city is historically interesting, you will hear about the birth of the port with wine staple rights in the 15th and 16th centuries.

We take a boat trip on the water that connects the large port of Rotterdam and the old port of Dordrecht. We start with a short walk in Rotterdam along the Erasmus Bridge and the Veerhaven. Then we continue the Oude Maas by fast ferry to Dordrecht, a trip of about an hour. We take a city walk through the old centre of Dordrecht and take a break with a view of the three rivers point. 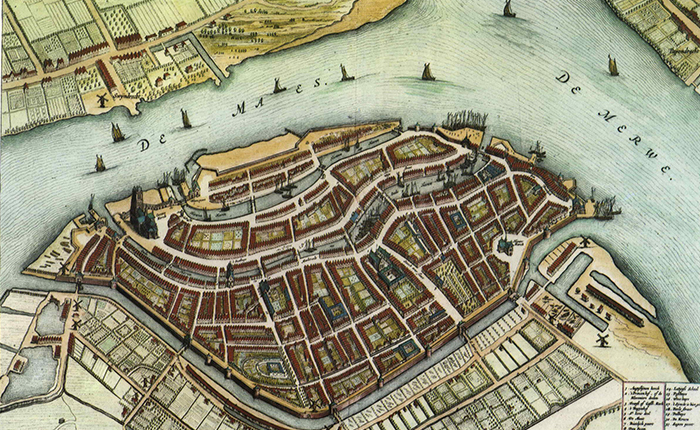