What happened during the storm of 1953?

There was an enormous flood disaster in the province of Zealand. 2,800 people lost their lives and thousands became homeless. This we never wanted to happen again, so the Delta law was accepted in 1958. The Delta works provided closure of the sea arms between the islands with dykes.

Which flood barrier was the first one?

This was the barrier at the Hollandsche IJssel near Rotterdam in 1957. 1,5 mllion people are safe now to prevent a tidal wave to come into the river from the seaside. Normaly two big doors are open. But in case of extreem weather conditions the doors can be closed

The Ooster Schelde barrier (1986) is the most spectacular work. In case of emergency 67 barriers are let down. The sea is thus kept out. This barrier was closed for the first time in 1986. After that in total 9 times. The computer disides when after 3.4 meter above the level this barrier is closed

The Maeslant barriers (1997) is the latest work of art.

Two floating doors (each door as big as the Eiffel tower) close off the New Waterway at Rotterdam. the movie giant structures pictures the situation how it is in Rotterdam and gives facts and figures

Tourist Guide Holland can arrange the Dutch Waterland experience for you. You visit the Delta works and the Maeslant barriers. Your guide will tell you all about Netherlands Waterland. The daytrip costs 500 euro Guide Car Gas Entrance fees and simple lunch included for 3 persons. More persons up to 8 needs a rented van that brings other costs. You always recieve a calculation so that you know what is in it or out. The tour can start from The Hague and Rotterdam. 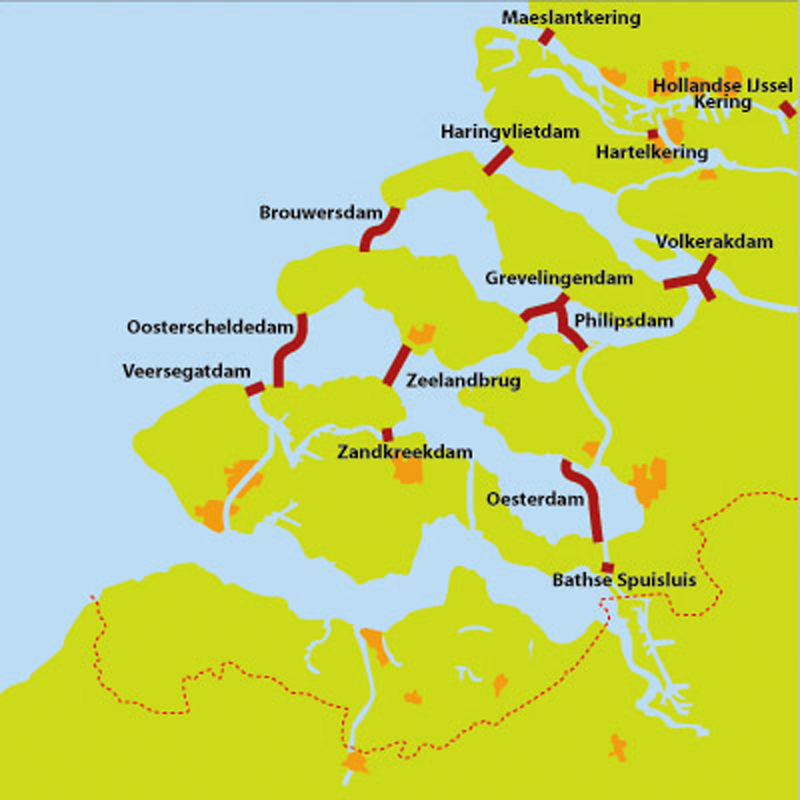 Do you have Questions? Want to book a Guide or a Tour? Please “contact” us